M-Dog – Your Friend For Dogs – (Tips and Guides)

The USA has long been known for its love of sport, and over the last few years more and more people have decided to get their dogs in on the action, too!

Dog agility is a sport that’s growing in numbers, and those who are looking to get into the world of dog agility can be ahead of the game if they do their research and find the best agility dog breeds when it comes to agility training.

What is Agility Training for Dogs?

Agility training is a sport where a handler or trainer directs their dog around an obstacle course, in the form of a variety of exercises including hurdle leaping, jumping, pole weaving exercises, and tunnel running.

The idea is that the agility dogs make their way around the agility course in the fastest time on the clock and with the most accuracy. It calls for an experienced agility companion, a handler that has trained their dog to not only complete the course with speed but to listen to commands.

The competition pits dogs against one another in relation to height classes, so a Shetland Sheepdog or German Shepherd wouldn’t compete against a Welsh Corgi, for example, and a Golden Retriever would not be in the same dog breed class as a Rat Terrier.

Dog sports like agility training are a great way for people to bond with their pets and introduce exercise into their dog’s training. It’s a sport that is good physical exercise for both dogs and their agility companions. It’s a high energy sport and one that is becoming even more popular as years go by.

What Makes a Good Agility Dog?

It’s a mixture of nature and nurture when finding a good agility dog breed. In the same way that some of us are built for sports and some of us are not, there are some dog breeds that are more agile than others. A lolloping Great Dane, for example, will never be as nimble as a Jack Russell terrier. A Shetland Sheepdog is much more agile than its cousin, the Old English Sheepdog.

That doesn’t mean that it’s all about physical ability alone, though. The best dog agility competition winners are those that have the whole package: a fast, nimble physique, a sharp mind, an ability to be trained, and an owner who knows what they’re doing.

It’s a winning combination, but it helps, of course, to work with a breed that’s well known for excelling in agility competitions.

What is a Good Breed of Dog for Agility?

Any breed of dog that has excellent fitness and speed and is easy to train can become an agility dog, but some are genetically more predisposed to be good at the sport than others. 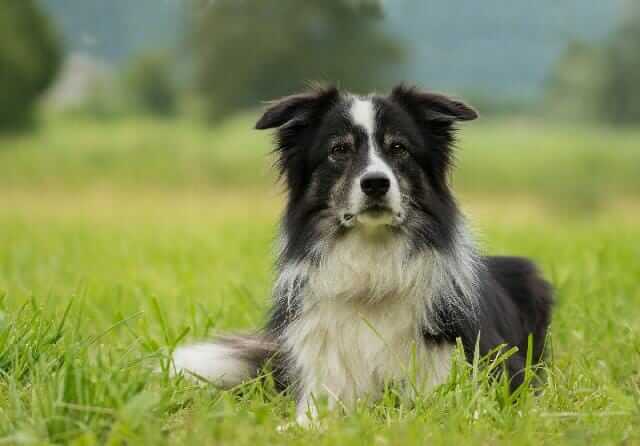 The Border Collie is an agility dog breed to rival all others. Border Collies are notoriously quick, not only physically but mentally. They’re the most intelligent breed of canine which means that they’re not only easy to train, but they just love to learn.

They’re used as a working farm dog for this very reason, and in the UK Border Collies are put through their paces in sheep herding competitions, where they have to show off their herding behaviors. 1 Border Collie can herd over one hundred sheep all on its own. The desire to please, along with great agility, high energy and above-average intelligence make Border Collies fabulous agility dogs. 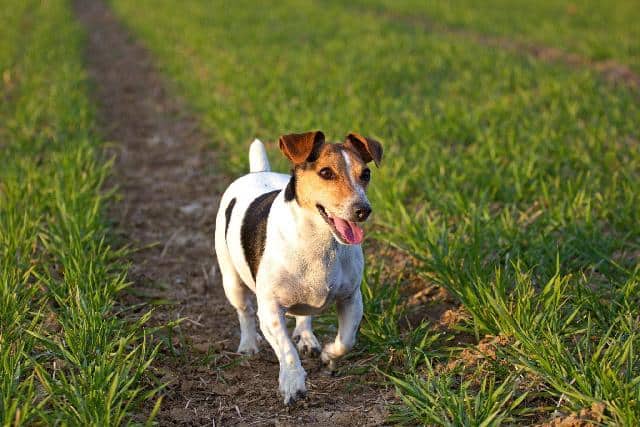 The Jack Russell Terrier is another than ticks all the relevant boxes. While they may not be quite as brainy as the Border Collie, their agility is off the charts. Originally bred as a rat terrier, for hundreds of years their little bodies have performed tunnel running exercises, long before they were included in agility courses.

There’s also the cousin of the Jack Russel Terrier, the Rat Terrier. Rat Terriers are incredibly agile and make the obstacle course look like a walk in the park. They’re a real treat for dog owners, as they’re easy to train and learn very quickly. 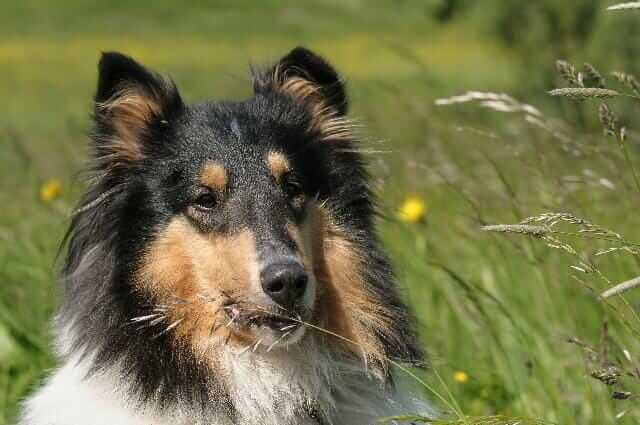 A surprising candidate for one of the best agility dog breeds is the Standard Poodle. They don’t just look fabulous but they’re often seen at agility clubs and making their way around the agility ring on the local competition circuit. Highly athletic, loyal to their handlers and with a great desire to please, the Standard Poodle is a great choice of agility dog.

The Shetland Sheepdog is regularly seen in competitions, as is the Shorthaired Pointer, which is one of the best breeds of dog in water, although there is sadly no water exercise in training for agility dogs.

One of the reason is that while they’re little dogs, this isn’t always a bad thing in the agility ring. Being close to the ground means they can manoeuvre around the course quickly while having to move their bodies a lot less, particularly in weaving exercises.

Their temperaments are adorable too, as they’re friendly and loving which means that even if you choose not to enter them into agility competitions, they still make wonderful dogs as pets.

What Dogs Are Known for Jumping? 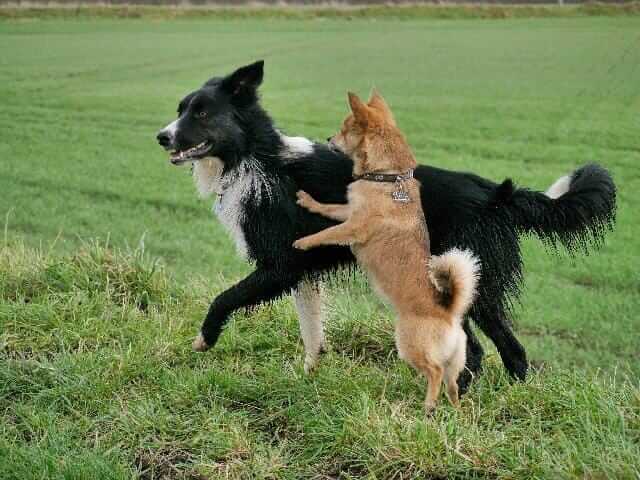 Herding breeds are those that are best known for their ability to not only leap high into the air either from a running jump or a fixed point, but can also scale walls and fences with incredible speed.

It means that the best dogs for jumping are the Border Collie, the Australian Kelpie, and Australian Shepherds, including Australian Cattle Dogs. The Australian Shepherd (the name is misleading- they were bred in the USA) is known for not only herding sheep but leaping over them and even across a whole herd to keep their flocks in line.

Police dogs such as German Shepherds are excellent jumpers; even though the name implies they’re good for herding sheep, the German Shepherd has long since quit being a herding dog breed but are still fabulous jumpers. They’re excellent police dogs because of their speed, jumping ability, and intelligence, as well as having a strong jaw that won’t let go until told to!

The holder for the highest jump performed by a dog is actually a Greyhound. While Greyhounds are in the fastest dog breeds, they’re not often seen on the dog agility circuit. This is because while they’re very fast dogs, their speed comes in short, sharp bursts and can’t usually be maintained for the length of the whole course.

Dog agility is nothing like dog fighting, where dogs are pitted against one another to the death. Instead, agility training is a great outlet for dogs not only physically but mentally. The American Kennel Club (AKC) describes dog agility as “exciting, challenging, and whole lot of fun” (AKC, all rights reserved).

The most important thing to remember that is that in every walk of life, there are cruel dog owners. Some trainers will therefore force their dog to perform tricks and be put through exercises the dog is either too young for, or is not equipped for.

As long as your pup is introduced to the sport properly, and isn’t made to work for hours and hours of especially when they have an injury, dog agility is tons of fun for your dog. Loyal family pets love to please their owners, and a happy puppy is one that is exercised well and given mental stimulation, and dog agility has that in bucketloads.

Not All Dogs are Suitable for Dog Agility

Dog agility training shouldn’t just be about competing. It’s about exercise and training, which applies to all breeds. But some dogs are physically less able than others. This might be nothing to do with the breed but simply more to do with their physical health.

For example, an English Bulldog might be slow to complete a course but will have the time of its life doing so! And yet, a Cocker Spaniel or even a Border Collie might be faster, but have hip or knee issues that mean the owners find a different kind of exercise.

No breed of dog should be refused to get involved in dog sports, but of course there will be some breeds that excel at a competitive level.

How Old Does a Dog Have to Be to Compete in Agility?

No dog can compete in agility training competitions until they’re at least 18 months of age.

This means that while training begins early, when your pet’s still a puppy, they have to have been given the time for their bodies to fully develop so that they can safely jump and perform the other exercises.

Professional competing dogs have papers that their owners must show at competitions to prove their pet is old enough to compete.

Should You Wipe a Dog’s Bottom? (Facts That You Must Know Today)

Are Baby Wipes Safe for Dogs? Here Are 4 Tips And Facts

Should You Wipe a Dog’s Bottom? (Facts That You Must Know...

Mathew. Barham - April 26, 2021 0
Every responsible dog owner has been in this situation before. Their furry little family member has bouncing back inside after going out to use the...

Are Baby Wipes Safe for Dogs? Here Are 4 Tips And...

5 (Easy Ways) On How to Stop Dog Tear Stains